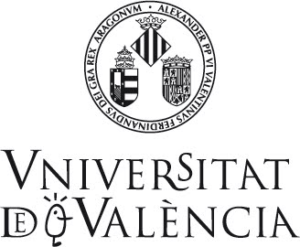 Los arrecifes de coral was an experience which was born in 2018 from the cooperation of two educational centers: Universitat de València and Instituto de Educación Secundaria Gregori Maians.

From the beginning, it was established as the main objective of the experience the design of a project following a “food chain” structure in which every participant was able to learn something and teach to other people. In order to achieve this, the project was divided into several phases.

First of all, a teacher from Ecology Department and a graduate from Environmental Sciences at Universitat de València and a teacher from Instituto de Educación Secundaria Gregori Maians gathered to discuss the project basis and some ideas about its development. It was suggested the project addressed one of the most threatened ecosystems around the globe, coral reefs and the significance of its protection and conservation.

The three of them agreed to design the project so students from High School learned knowledge about coral reefs such as their biodiversity or relationships between the organisms they are composed of attending a few class lectures. Later, students would express said knowledge by building several mockups of recycled products representing organisms at the ecosystem, which would have to be explained to the rest of the class.

After that, the idea was the students take said mockups to a Primary class in a different educational center in order to teach children about coral reefs in a more dynamic and entertaining way, but unfortunately there was no time and this part was never developed.

Nevertheless, students from High School did learn about such important aspects as the organization of ideas, its communication to other schoolmates and use of ICT (Information and Communications Technology).

Finally, the whole project was summarized in a poster, which was displayed at Universitat de València during a special event named “Expociència”, along many other scientific projects in order to show them to general public.

Academic Degree: Undergraduated | A High School was also involved in the project

Promoting S-L in the UAB through Final Degree Projects
Scroll to top
Manage Cookie Consent
To provide the best experiences, we use technologies like cookies to store and/or access device information. Consenting to these technologies will allow us to process data such as browsing behaviour or unique IDs on this site. Not consenting or withdrawing consent, may adversely affect certain features and functions.
Manage options Manage services Manage vendors Read more about these purposes
View preferences
{title} {title} {title}