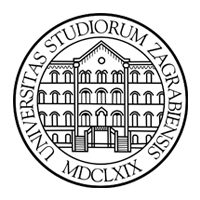 The main topic of the S-L experience “Cruiseum – Equal Through Museums” is equality.
It aimed at two things: first, to increase the interest of high school students in museums and other heritage institutions and secondly, to enable high school students to critically engage and address the idea of equality (gender, race, income, religion, health and disability).

The project started in high school “XI. gimnazija” in Zagreb with evaluation, where university students of Information Sciences aimed to analyse how many high school students were interested in museums in general. University students organized expert museum guides, designed and moderated five workshops, which were later implemented. They started with the Ethnographic Museum in Zagreb in which the topic was “Aborigines”, and they organized a painting workshop where high school students had to punch letters of the word “equality”. The next museum was the Croatian School Museum, where the topic was school uniforms, and the workshop was organized as a debate with the topic “School uniforms wiping differences between students”, and the class was divided into 2 teams (for and against). Furthermore, on the same day, two workshops were organized. In the Museum of the City of Zagreb (which was an introduction to the Typhlological Museum), the students had the opportunity to go through a permanent exhibition with the eye-patches to understand the world of blind and partially sighted people. In the Typhlological Museum, university students held a workshop with the topic of schooling, writing and artistic expression of blind and partially sighted people, and during the workshops they divided high school students into 3 groups: each group was given one picture that needed to be described in as much detail as possible (e.g. to a person who never saw it). The last station of their museum cruise was the Archaeological Museum in which the theme was: The Roman Empire: Religion and Cult. The workshop was made as a round table, and high school students could equally and openly talk about religions, respect and tolerance. The final phase was performed in the school where they started from and where the final evaluation was carried out to determine the impact of service learning experience onto high school students and change of their attitudes towards museums (i.e. whether they wish to visit museums and other heritage institutions more frequently).
The whole project was accompanied by video and photo recording, which eventually resulted in an exhibition at the Archaeological Museum in Zagreb.

Institution: Faculty of Humanities and Social Sciences, University of Zagreb

Design and disability
Scroll to top
Manage Cookie Consent
To provide the best experiences, we use technologies like cookies to store and/or access device information. Consenting to these technologies will allow us to process data such as browsing behaviour or unique IDs on this site. Not consenting or withdrawing consent, may adversely affect certain features and functions.
Manage options Manage services Manage vendors Read more about these purposes
View preferences
{title} {title} {title}