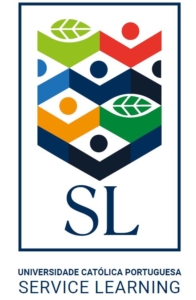 The project “Educating for Sustainable Development Goals” has as its main objective to raise awareness among young adolescents and university students about the Sustainable Development Goals (SDGs), thus contributing to the formation of socially responsible citizens who can take the SDGs into their day-to-day future professions, thus contributing to the construction of a better, more sustainable world.

This project will be implemented with 15 students from the Catholic University of Portugal – Regional Center of Porto, from different undergraduate or master’s degrees from different academic units, during the course of an extra-curricular pilot project.

With the creation of CASUS (Catholic for Sustainability) and the challenge launched by Pope Francis in “Laudato Si’, raising awareness for the fulfillment of the SDGs targets became imperative in the formation of young people. To this end, the students participating in the project will be trained on the SDGs and on the dynamization of training sessions, which will aim to put students to share knowledge and expertise with other colleagues from the university, high schools and international universities, thus raising awareness on this topic. Through the use of questionnaires before and after the formative moments, the objective is to elucidate the participants on the subject.

There will be a total of 15 training sessions, which will take place with the project’s partners:

A program lasting one semester (March to June 2021) with a total of 44 hours, divided as follows:
a) 15 hours of classroom work
b) 23 hours of autonomous work
c) 6 hours of contact with the community.

It is expected that by the end of the project, participating students will have developed personal and systemic soft skills, in addition to a broad knowledge of the SDGs theme, so that they can put it into practice as future professionals. In addition, since this is a pilot project, another of the objectives is that the students’ experience will result in a dissemination video to attract more students in the coming years.

LEARN PHYSICS AND HAVE FUN

INèDITnet
Scroll to top
Manage Cookie Consent
To provide the best experiences, we use technologies like cookies to store and/or access device information. Consenting to these technologies will allow us to process data such as browsing behaviour or unique IDs on this site. Not consenting or withdrawing consent, may adversely affect certain features and functions.
Manage options Manage services Manage vendors Read more about these purposes
View preferences
{title} {title} {title}